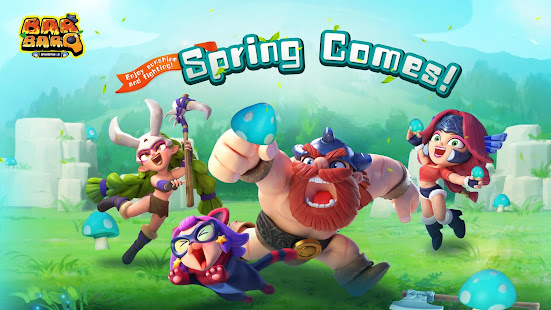 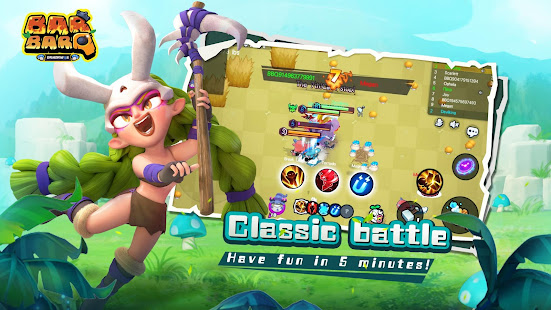 BarbarQ is a casual multiplayer, real-time battle arena/battle royale type of game where you and your enemies compete to kill each other in an arena to be the best. It is addictive and innovative gameplay with a pixel art retro style. It combines the unique aspect of any MOBA games and IO games, making it an awesome game to play.

The game also implemented a level system, where you can gain a skill each time you level up (maximum 5 skills can be obtained). The skills will be permanent in a match, so be sure to pick a useful skill. In BarbarQ, the level isn’t everything, teamwork, item usage, dodging abilities, and skills are something that can turn around the entire match.

Eating mushroom grants players experience that is used to level up and pick up new skills as each match progresses. As players get stronger in these games, they typically become physically bigger and acquire new abilities that help them stave off the competition as they become an increasingly attractive target. This time around players take the role of barbarians that are looking to do nothing more than to beat each other senseless and eat mushrooms. The game also features items that can be picked up, including bombs, honey, meat, and other random items.

Like other IO style games, levels and items gained during each match are reset after the match is over. Players do however earn gold that they can use to upgrade their skills and acquire pets that can give them a leg up in combat. BarbarQ's game modes include real-time 3 vs 3 vs 3, 2 vs 2 vs 2 team fights, Idle mode, Pet Adventure, and many solo modes.

BBQ Studio - Create your own fancy world
BBQ Studio is a built-in tool that allows the average gamers to tweak or fully customize a map of their own, with no mod or programming skills required. This is not a simple map editor, you can even edit the game modes as you want, it is a superb customization map editor with unlimited possibilities! Now, you can be a real game designer, to share your creativity and ideas to your friends!

With the multiple game modes, broadcasting tool and the concept of BBQ studio, BarbarQ is more than just a game now, but a huge community of gamers across the world who love to share their joy and passion with others. To create new memories and expand friendships is our priority.